Alsatians in the World

Alsace is an historical and cultural region of France situated in the Rhine valley, next to Germany and Switzerland. For many centuries, emigration has played a great role in its history. People left for many reasons, mainly when the land could not support the entire population or because of several conflicts between the European nations. Alsatians spread out to the four corners of the world. In their new homes, they often remained together to support one another and created the first associations outside of Alsace. If people did not stay connected with the group, they often lost their close ties to the land of their ancestors.

A Union for Alsatians Abroad

In 1981, the International Union of Alsatians (Union Internationale des Alsaciens) was founded. The Union brought together for the first time groups from all around the world, including groups in France outside of Alsace. Founded in 1871, the New York, Paris and Lausanne groups are today the oldest in the world. Nearly 150 years later, there are more than 40 societies worldwide and 15 in other regions in France.

A Network for Alsace

The Union provides a network for all Alsatians living abroad. The association contributes to the positive image of France. In a global economy, the different regions present many facets of our nation. Through the network, the presence of Alsace shines in the whole world. The Alsatians abroad contribute to the promotion of one of the most beautiful and dynamic regions in the world.

Promoting Alsace to the World

Not only do we want to promote the geographical beauty of our region, but also the culture, the economy and our history. From the west to the east, from the north to the south, in Alsace you can find the ‘blue’ mountains, the green valleys, white grapes and yellow fields. Our language, traditions and culture are specific because of our Roman and Germanic history. We want to promote Alsace in two ways: to export our knowhow to other countries and welcome investors and visitors from abroad. The International Union of Alsatians is key to reaching these goals.

The Alsatian network around the world :
https://www.alsacemonde.org/associations-dalsaciens 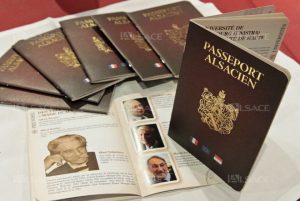 to order under : order

A book to be discovered: 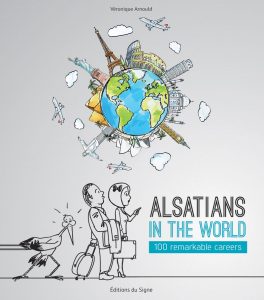