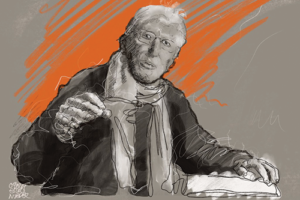 The Paris American Club and the Union Alsacienne de New York, under the auspices of The National Arts Club, welcome Robert Walter, Secrétaire Général de l’Association Internationale des Amis de Tomi Ungerer, to commemorate this great artist on the first anniversary of his death. “Tomi” Ungerer was one of the most prolific Alsacian artist and writer. He published over 140 books ranging from children’s books to adult works and from the fantastic to the autobiographical. He was known for sharp social satire and witty aphorisms. Ungerer is also famous as a cartoonist and designer of political posters and film posters.